All About Snooker Player Stephen Hendry

Stephen Hendry turned professional in 1985, at just 16 years old, and has won the Embassy world snooker championship an amazing seven times: 1990, 1992-96, and 1999. His first victory, in 1990, made Hendry the youngest ever world snooker champion. A model of consistency, Stephen Hendry was the highest ranked player consecutively through 1990 to 1998.

Just as Steve Davis had dominated the 1980s, Stephen Hendry reigned supreme in the 1990s snooker world. Hendry is still in the top 16 and remains an excellent player. In recent times his long-potting has let him down and often doesn’t make the final of ranking events any longer. However, he does have spurts of greatness which often catch some of the younger players off guard…. (read more) 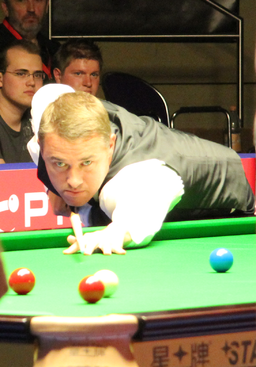